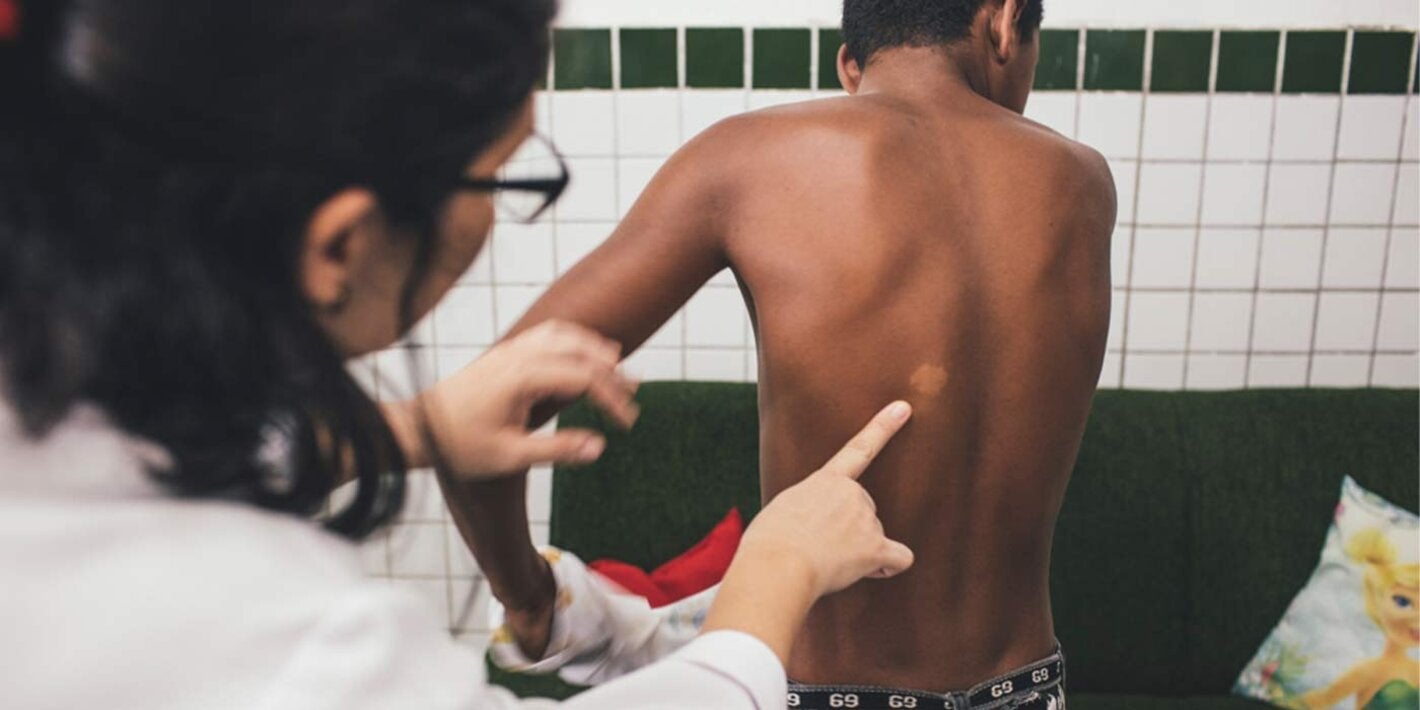 BIREME and the General Coordination of Disease Elimination Surveillance in of the Department of Diseases in Chronic Conditions and Sexually Transmitted Infections of the Health Surveillance Secretariat of the Ministry of Health of Brazil (CGDE/DCCI/SVS/MS) formalize project for the Strengthening of the Leprosy Virtual Health Library (Leprosy VHL) under the TC71 Cooperation Term on the topic of Malaria, Leprosy and other Eliminating Diseases.

The TC71 was established between the Ministry of Health and the Pan American Health Organization/World Health Organization (PAHO/WHO) in Brazil coordinated by the Technical Unit for Communicable Diseases and Environmental Determinants of Health for the development of activities for the improvement and strengthening of public policies for surveillance, prevention and control of malaria, surveillance and prevention of leprosy and other diseases in recommended by the country’s Unified Health System (SUS).

The Leprosy VHL was created in 2007 and is coordinated by the Instituto Lauro de Souza Lima, in cooperation with BIREME/PAHO/WHO and with the support of national and international institutions with recognized experience in the area. It is a thematic VHL, whose objective is to gather, organize and disseminate the scientific output produced, collaborating with actions in the development of studies and research that contribute to the preservation of the history, prevention and treatment of leprosy.

The Leprosy VHL strengthening project aims at restructuring the technological platform, expand its collaboration network, promote the use of the best evidence to support health decision-making and, moreover, promote the regular operation of the VHL and its information sources.

The project’s time period of execution is one year and, in order to achieve its main objective, it was methodologically organized into seven macro-activities:

The alliance with the Secretaria de Vigilância em Saúde do Ministério da Saúde was signed in 2019 during the 10th Brazilian Symposium on Hansenology, held in Recife, Pernambuco, at the meeting to reactivate the Leprosy VHL Advisory Committee. Due to its excellent performance in the area, the VHL was invited to be part of the Symposium’s Advisory Committee and was represented at the time by Carmelita Ribeiro, General Coordinator for Disease Elimination Surveillance, who commented that “The VHL is an excellent initiative for the registration of scientific and technical output in leprosy”.

On the approval of the project, Andrea Bogado, librarian at the Instituto Lauro Souza Lima, a PAHO/WHO Collaborating Center, comments that “we are actively working to strengthen this initiative and the implementation of the actions foreseen in the project will be a differential to promote and recognize our thematic VHL”.