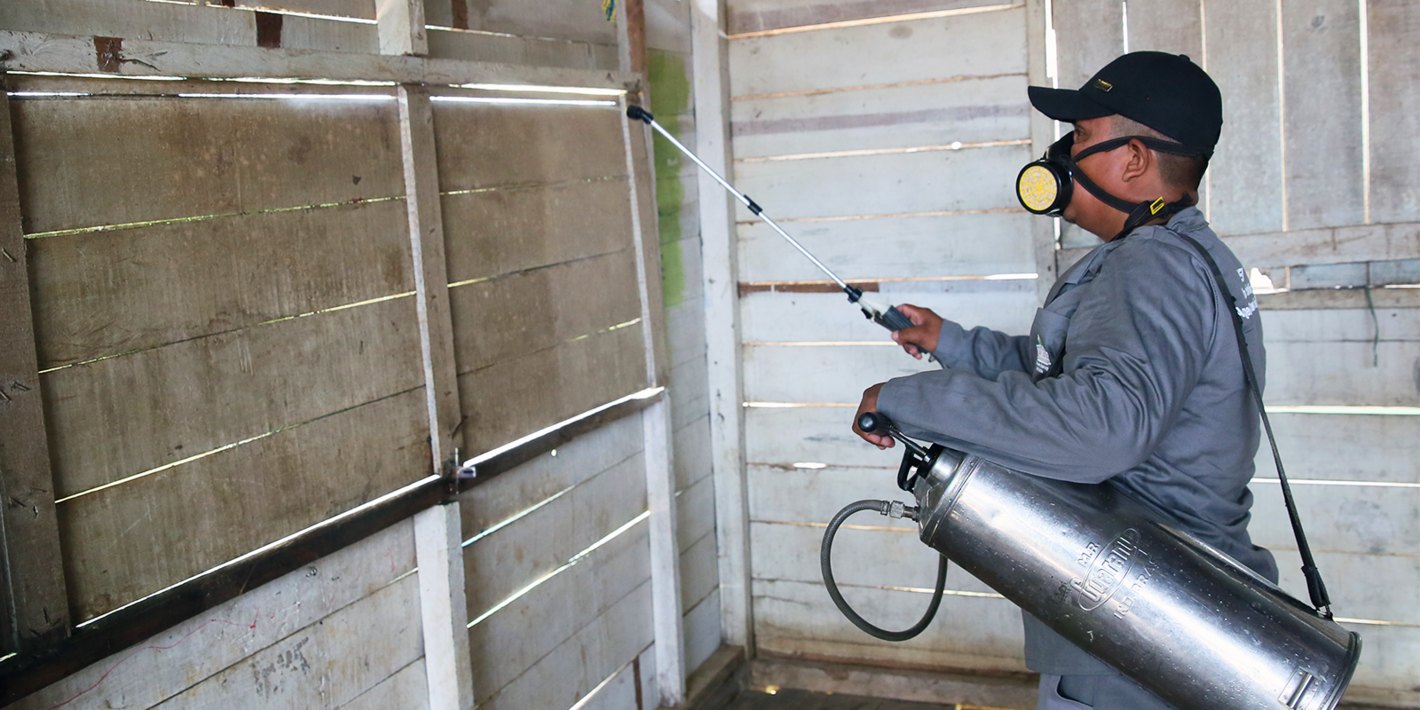 Washington, D.C., 24 September 2018 (PAHO/WHO) ‒ Health authorities of the Region of the Americas agreed today to implement a series of actions over the next five years to more effectively control the vectors that transmit diseases such as malaria, dengue, Zika, and Chagas disease. The aim of the plan is to prevent communicable diseases of this type and reduce their spread.

The populations most affected by vector-borne diseases are those living in conditions of vulnerability and far from health services. It is these populations that most frequently suffer health consequences and harm due to lack of sanitary and vector control measures.
Clarissa F. Etienne, PAHO Director

The Plan of Action on Entomology and Vector Control, presented at the 56th Directing Council of the Pan American Health Organization (PAHO), which is meeting this week in Washington, D.C., focuses on prevention, surveillance and integrated control of the vectors that transmit arboviruses, malaria, and certain neglected infectious diseases, through effective, sustainable, low-cost, evidence-based interventions.

“The populations most affected by vector-borne diseases are those living in conditions of vulnerability and far from health services. It is these populations that most frequently suffer health consequences and harm due to lack of sanitary and vector control measures,” said PAHO Director Carissa F. Etienne. “These are the populations where PAHO concentrates its efforts and where it is necessary for governments and communities to take an active role in vector prevention and control, so that, together, we can reduce the burden of these infectious diseases.”

Infectious diseases have a significant impact on public health in the Region of the Americas and throughout the world. The World Health Organization (WHO) has indicated that vector-borne diseases such as dengue, yellow fever, malaria, schistosomiasis, leishmaniasis, Chagas disease, and plague account for over 17% of infectious diseases globally, causing more than 700,000 deaths per year.

The Plan of Action on Entomology and Vector Control includes five lines of action for the countries, including:

Providing ongoing training, not only to experts, but also public health workers, on entomology and vector control.

People’s exposure to vectors and the diseases they transmit occurs at the local level, and is often associated with factors including age group, sex, ethnicity, and profession or occupation, with inequality also playing a role.The plan of action emphasizes the need for national health and vector control authorities to plan and partner with local community organizations in order to work more effectively with the affected populations.

In terms of tools for vector control, the plan emphasizes that innovative approaches, such as bacteria-infected or genetically modified mosquitos and new insecticides should be subject to careful evaluation in pilot studies before being incorporated in the vector management arsenal.

Vector-borne diseases are infectious diseases that are spread by intermediary organisms such as mosquitoes, ticks, or rodents, which in turn transmit them to humans. They are responsible for a heavy burden of disease and mortality in the Region of the Americas, especially in countries and areas where social, economic, and ecological risk factors have been documented, and where the population lives in conditions of vulnerability.These diseases contribute to school absenteeism, increased poverty, higher health costs, and overburdened health systems, while at the same time dragging down overall economic productivity.

Data on vector-borne diseases in the Americas:

Active transmission of schistosomiasis is limited to a few foci in Brazil, Suriname, and Venezuela.