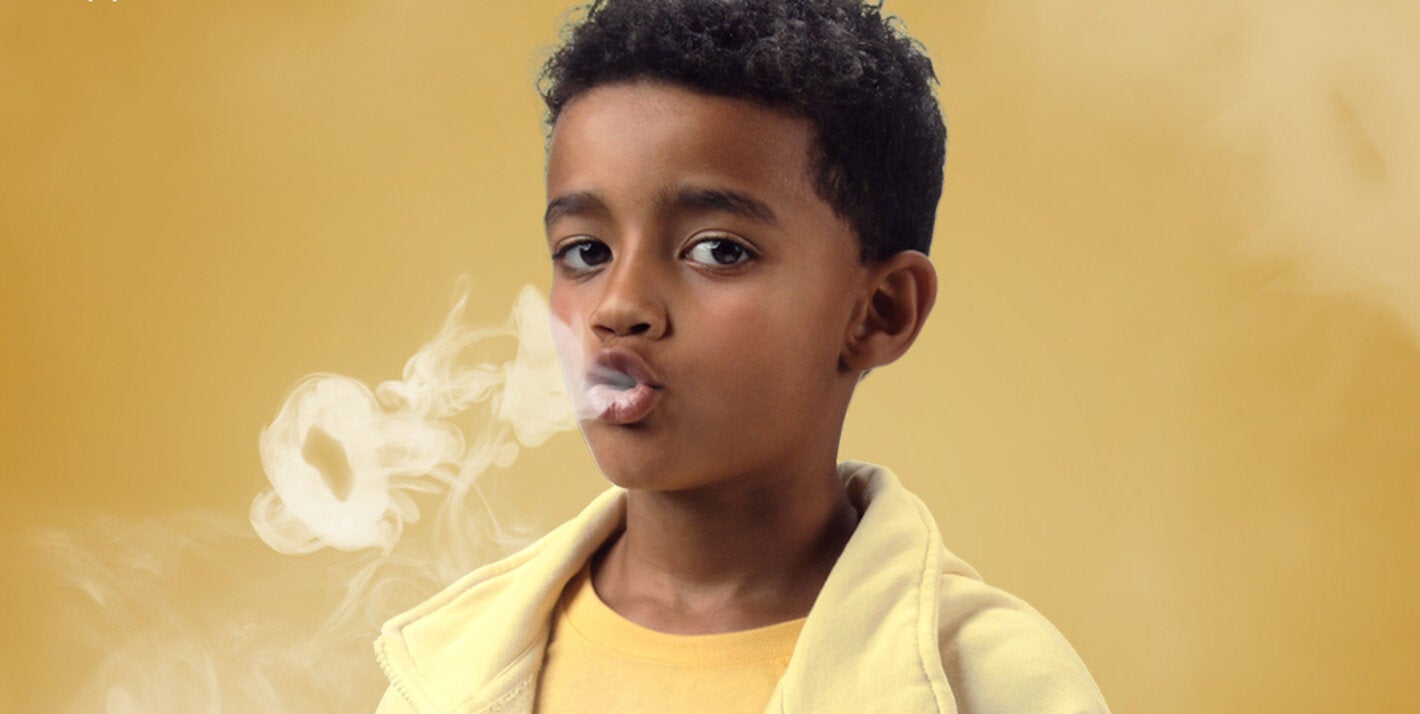 Washington, D.C., 28 May 2020 (PAHO/WHO) – On this year’s World No Tobacco Day, May 31, the Pan American Health Organization (PAHO) is calling on young people in the Americas to recognize, expose and resist the deceptive tactics used by the tobacco industry and its allies to recruit new, younger customers—at the eventual cost of millions of lives lost.

The tobacco industry needs young people to buy their products, which may result in nicotine addiction, so that they become long-term consumers. This creates the opportunity to replace the 8 million people worldwide who die of tobacco-related causes every year. It is a matter of profits over people — an indefensible choice.”

Tobacco makers and their allies in the e-cigarette and related industries spend some $9 billion annually on aggressive marketing tactics, many of them specifically targeting children and youth. Youth are a significant market segment for the industry, since studies show that 9 out of 10 smokers start before age 18. Globally more than 40 million young people aged 13 to 15 have already started to use tobacco.

With this year’s World No Tobacco Day campaign, PAHO and the World Health Organization (WHO) are seeking to debunk myths and expose the deception of marketing by the tobacco industry and its allies to recruit new customers, especially children and youth.

Even during the COVID-19 pandemic, the tobacco and nicotine industry has continued to promote products that limit people’s ability to fight coronavirus and recover from the disease. The industry has offered free branded masks and their home delivery during quarantine and has lobbied for its products to be listed as “essential”.

This year’s World No Tobacco Day campaign calls on young people to join together to become a “tobacco-free generation.” To help empower them, WHO has launched a new kit for school students aged 13-17 to alert them to the tobacco industry tactics used to hook them to addictive products. The toolkit includes classroom activities such as role playing to make students aware of how the tobacco industry tries to manipulate them into using its products. It also includes an educational video, myth-buster quiz, and homework assignments.

To support young people, PAHO/WHO is calling on governments and civil society leaders to do their part to counter the influence exerted by the tobacco and related industries. Legislatures should pass laws banning all forms of tobacco advertising, promotion and sponsorship.

The WHO Framework Convention on Tobacco Control (FCTC) provides comprehensive guidance on steps that governments can take to reduce tobacco consumption and save lives.

“We urge everyone to become educated, raise awareness and help create a tobacco-free generation,” said Barbosa. “We each have a critical role to play.”