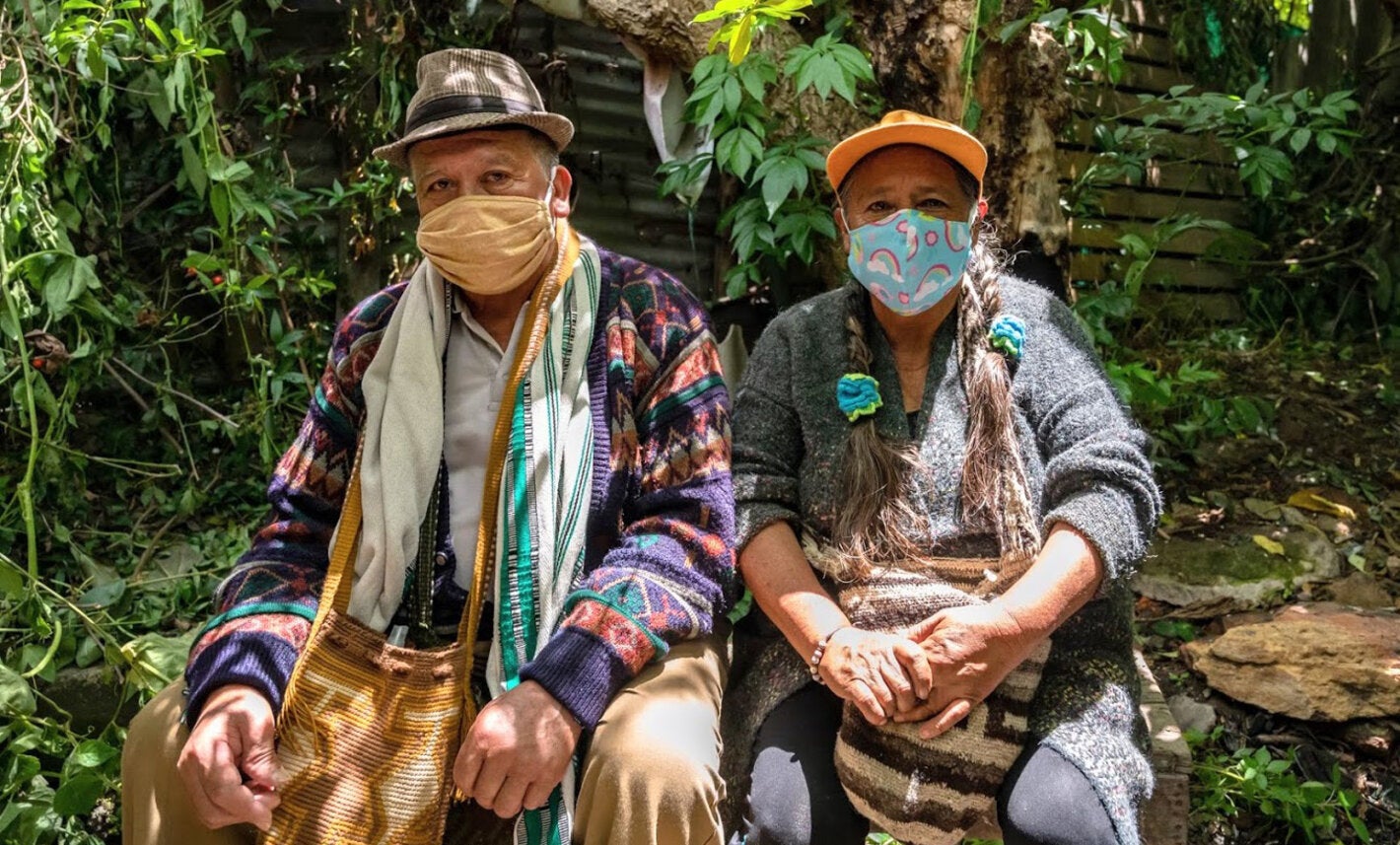 New joint report states that economic recovery will only be possible by flattening the curve of contagion. It proposes three phases to control the pandemic, reactivate the economy with protection, and rebuild in an inclusive and sustainable way.

Washington, DC, 30 July 2020 (PAHO/ECLAC)- A new joint report by the Economic Commission for Latin America and the Caribbean (ECLAC) and the Pan American Health Organization (PAHO) reveals that economies of the Region will only be reactivated if the curve of contagion of the COVID-19 pandemic is flattened. The report proposes a three-phase approach that includes the adoption of health, economic, social and productive policies that aim to control and mitigate the effects of the pandemic, reactivation with protection, and rebuilding in a sustainable and inclusive way.

Some countries have led the Region to become the current epicenter of the pandemic, topping global case numbers. As of 29 July, there have been more than 4.5 million cases of COVID-19 and almost 190,000 deaths in Latin America and the Caribbean. A significant number of countries remain far from achieving a sustained and significant flattening of the curve of contagion. The pandemic has also unleashed an unprecedented economic and social crisis which, if urgent measures are not taken, could transform into a hunger and humanitarian crisis.

According to the report, Health and the Economy: A Convergence Needed to Address COVID-19 and Retake the Path of Sustainable Development in Latin America and the Caribbean, the pandemic has profoundly affected the lives and livelihoods of people in the Region.

From the start, the pandemic has caused the most abrupt recession in history which, according to ECLAC projections, will imply a regional drop in growth of -9.1% in 2020, along with a rise in unemployment to 13.5%, an increase in the poverty rate of 7.0 percentage points, which will reach 37.3% of the population, and a sharpening of inequality with an average rise in the Gini index of 4.9 percentage points.

Health systems of the Region, which were already underfunded and fragmented prior to the arrival of COVID-19, are having to face the pandemic with weaknesses in the performance of the health authorities’ steering role. Public health expenditure averages a mere 3.7% of GDP, far from the 6% target recommended by PAHO. A third of the population still faces some type of barrier to access the health services they need.

According to the report released today at a joint press conference led by Alicia Bárcena, Executive Secretary of ECLAC and Carissa F. Etienne, Director of PAHO, the high degree of inequality combined with the high levels of poverty, informality, lack of social protection and limited access to quality, timely health care, explain the high social costs that the pandemic is having in the Region.

The dynamics of contagion are also influenced by the high degree of urbanization – more than a third of the population live in cities with a million or more inhabitants – and the accumulated deficits in terms of overcrowding, lack of water and sanitation services, and crowded public transportation. Aside from the commitment and dedication of health personnel, the historical weaknesses of the public health systems have also contributed to the vulnerability of the Region.

The report argues that inequality in the Region positions certain groups in a particularly vulnerable situation, including older persons (85 million), informal workers (54% of regional employment), women (who make up the majority of the informal workforce, participate in unpaid work and have greater exposure to domestic violence), indigenous peoples (60 million people and some communities whose existence could be threatened), people of African descent (130 million people in 2015), people with disabilities (70 million people) and migrants. All these groups require special attention to mitigate their vulnerable conditions.

In terms of health, households finance more than a third of health care expenses with direct, out-of-pocket payments. Nearly 95 million people face catastrophic health expenses, and almost 12 million become impoverished due to these expenses. The average availability of doctors and hospital beds is less than half that of more developed countries, such as those of the Organization for Economic Cooperation and Development (OECD), which presents significant barriers to access. Due to the pandemic, health care for other diseases has also been postponed or interrupted, which begins to be reflected in excess mortality that highlights the profound effects of the impact on supply and demand for services.

To address the short and long-term effects of the pandemic, ECLAC and PAHO propose a set of principles for action and policies, as well as a wide range of health, social and economic measures to be deployed in three nonlinear and interrelated phases: control, reactivation and reconstruction.

Three overarching messages emphasize the measures proposed by the Organizations to confront the pandemic: No economic opening is possible until the curve of contagion has been controlled, and reactivation is not possible without a clear plan to avoid a spike in contagion; health measures aimed at controlling the pandemic (including quarantine and social distancing) must be implemented in conjunction with social and economic measures aimed at mitigating the effects of the crisis, as this facilitates compliance with health measures; and rebuilding better implies promoting sustainable and inclusive development with equality at the center, advancing productive transformation and creation of a state of wellbeing.

“Advancing equality is essential for the effective control of the pandemic and for sustainable economic recovery in Latin America and the Caribbean. We must respond to the Emergency and implement a strategy to overcome the structural weaknesses of economies and societies. Changing development strategy in the Region is therefore essential,” said Alicia Bárcena, Executive Secretary of ECLAC.

“We face an unprecedented challenge, which requires solid and well-funded health systems to overcome this crisis. Investing at least 6% of GDP in public health, with a particular emphasis on primary health care, not only protects achievements made in health, but also ensures sustainable development and addresses rising poverty and inequality in the Region,” said Carissa F Etienne, Director of PAHO. “Health is a fundamental human right and access must be universal, with no one left behind. The health of both our communities and our economies depends on it,” she added.

The report concludes by outlining that the measures proposed by the Organizations rest on the need to coordinate health policies with economic, social and productive policies. These include testing, contract tracing and public health measures such as quarantine and social distancing, as well as the strengthening of health systems with a focus on primary health care and ensuring compliance with essential public health functions.

These measures should be accompanied by Basic Emergency Income (IBE) policies, the Bonus Against Hunger, and protection of the productive sector, which support health measures. Along with these immediate measures, a set of strategic approaches for reconstruction is outlined, recognizing health as a human right and public good guaranteed by the State, the strengthening of public health, the consolidation of  universal and comprehensive social protection systems, the implementation of progressive fiscal policy and sufficient, efficient, effective and equitable public spending, acceleration in digital transformation, the reduction of regional dependence on imported medical products and changes in the productive measures, as well as a boost in green investment.