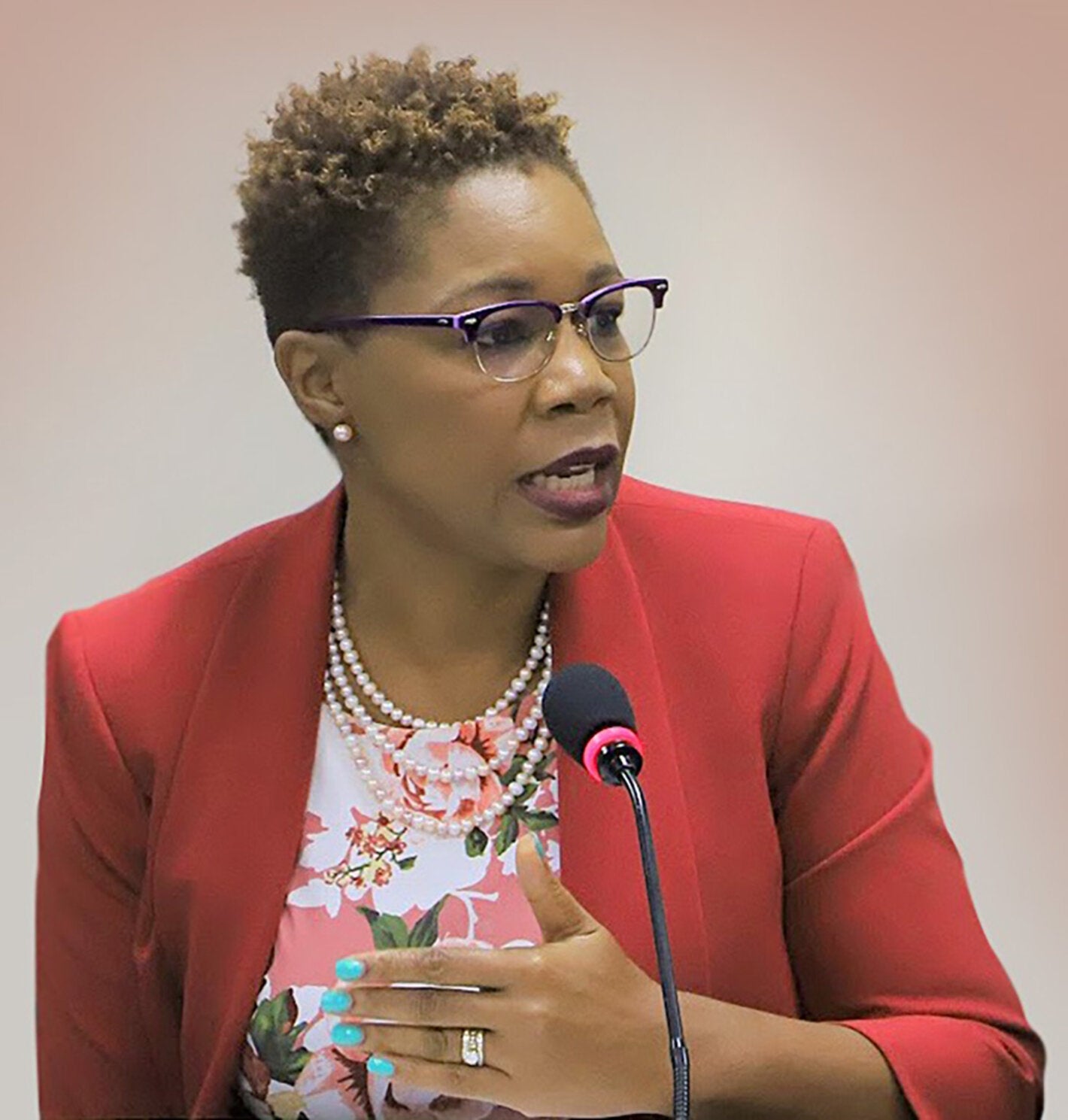 More than ten years ago, Caribbean Leaders created history by getting the world to pay attention to their dilemma, the rising burden of Non-Communicable Diseases (NCDs) which transcends all aspects of human development.  The United Nations General Assembly (UNGA) responded and convened the first High Level meeting on NCDs on September 19-20, 2011.

Four years prior to the UNGA, the Caribbean Leaders recognized the devastating burden and consequences of NCDs on their citizens and the need to respond immediately. This was known as the 2007 Port of Spain Declaration and is etched in many of our minds as health care workers in the Caribbean.  The 15-point declaration addressed many risk factors for NCDs including tobacco use.

Tobacco use is the only modifiable risk factor that affects all four major NCDs (cancer, chronic respiratory disease, diabetes and cardiovascular disease).

Despite the enthusiasm, we are here more than 15 years later with tobacco use being recognized as a threat to human development. Tobacco kills over 8 million people every year and destroys our environment, further harming human health. For almost three decades, countries have come together for global summits including the UN Climate Change Conference of Parties (COP). Agreements such as the Paris Agreement, whose goal is to limit global warming, have been signed. Nevertheless, global warming is on the rise and now more than ever, there is a call to keep ourselves and our planet healthy.

The recently recognized “World Health Day” which was observed on April 7 under the theme “Our Planet, Our Health” focused global attention on urgent actions needed to keep humans and the planet healthy and foster a movement to create societies focused on well-being.

Achievement of the Sustainable Development Goals, Goal 13 (strengthen resilience and adaptive capacity to climate-related hazards and natural disasters in all countries) appear far-reaching. The Region of the Americas is on track to reach the global target of 30% relative reduction in the prevalence of tobacco use by 2025.

This year the theme of “World No Tobacco Day” is “fighting tobacco product waste” and awakens us to the damage that tobacco can have on the environment.  Tobacco causes environmental damage throughout its life cycle.  Production of tobacco causes widespread environmental degradation beginning with the cultivation of land.  It also dispenses harmful chemicals, many of which have been shown to be carcinogenic, in the nearby waterways. Tobacco butts are the most common form of plastic pollution and take years to degrade and disappear from the environment. Field researchers often find cigarette butts in sea turtles, fish and dolphins. Countries are therefore being urged to take note of the impact of tobacco use on both health and the environment.

Article 18 of the WHO Framework Convention on Tobacco Control calls on countries to protect the environment and the health of people. Today, on World No Tobacco Day, we issue a call to all countries to declare their commitments to the Convention and accelerate its implementation.  We further call on Ministers responsible for Health in the Caribbean to accelerate the development of standards and legislation that governs the Convention, including smoke free environments.   The detrimental impacts of smoking and secondary smoke on our health and the health of those around us, are well known by most.

In 2018, Caribbean Ministries of Health unanimously approved the PAHO “Strategy and Plan of Action to strengthen Tobacco Control in the Region of the Americas 2018-2022, aimed at accelerating the implementation of the Convention. CARICOM had also issued the call for a “Smoke Free Caribbean” by 2022.  We call on all governments to make this a reality.

The Caribbean Islands are very precious to its people. Let us protect ourselves, our visitors, our land and sea environment. 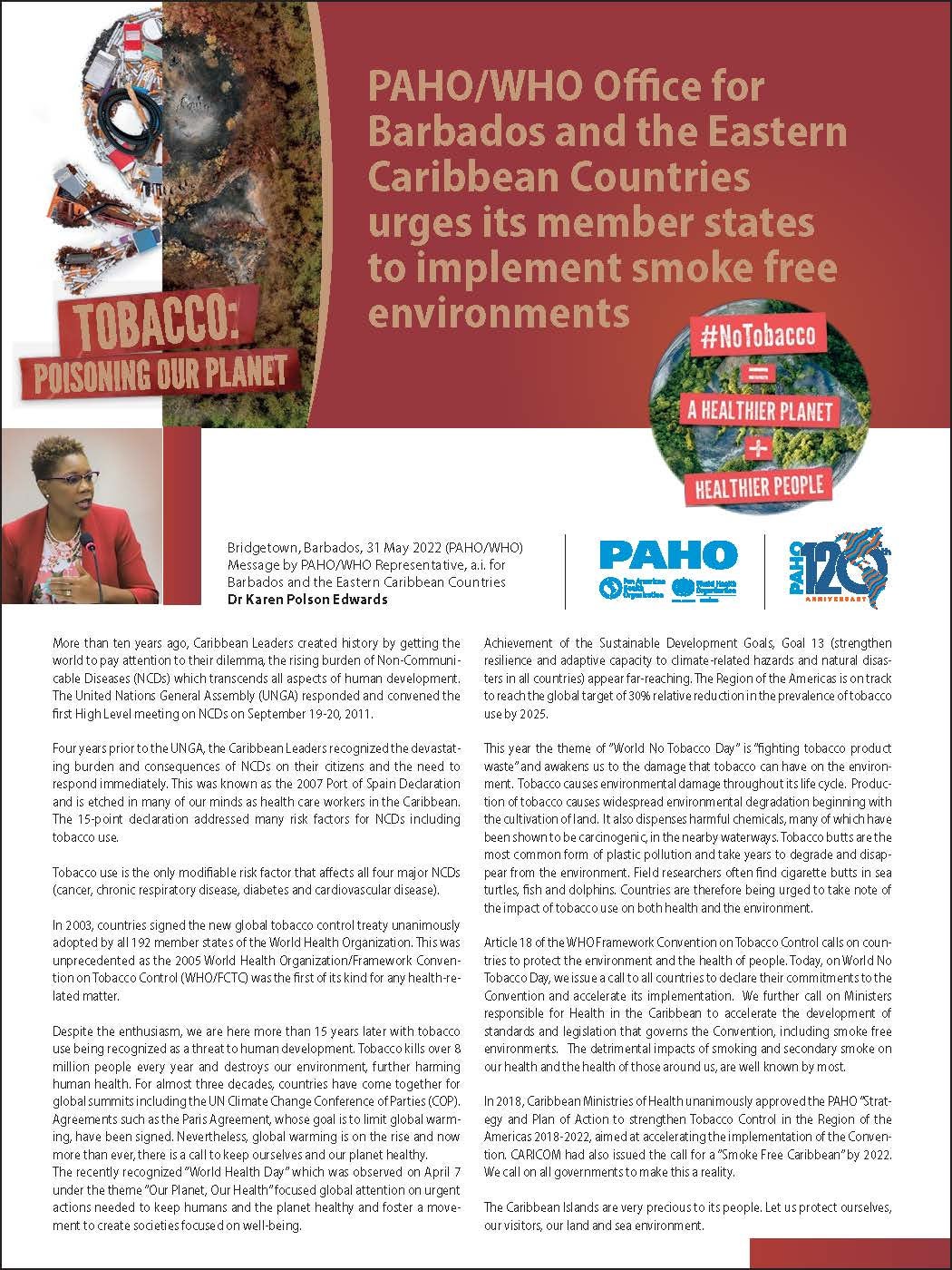 In collaboration with USAID, PAHO/WHO provides donation to strengthen the access and provision of COVID-19 vaccines to the communities in the interior of Suriname
17 Nov 2022 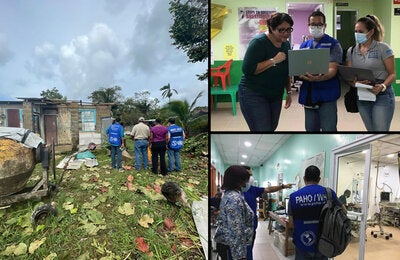