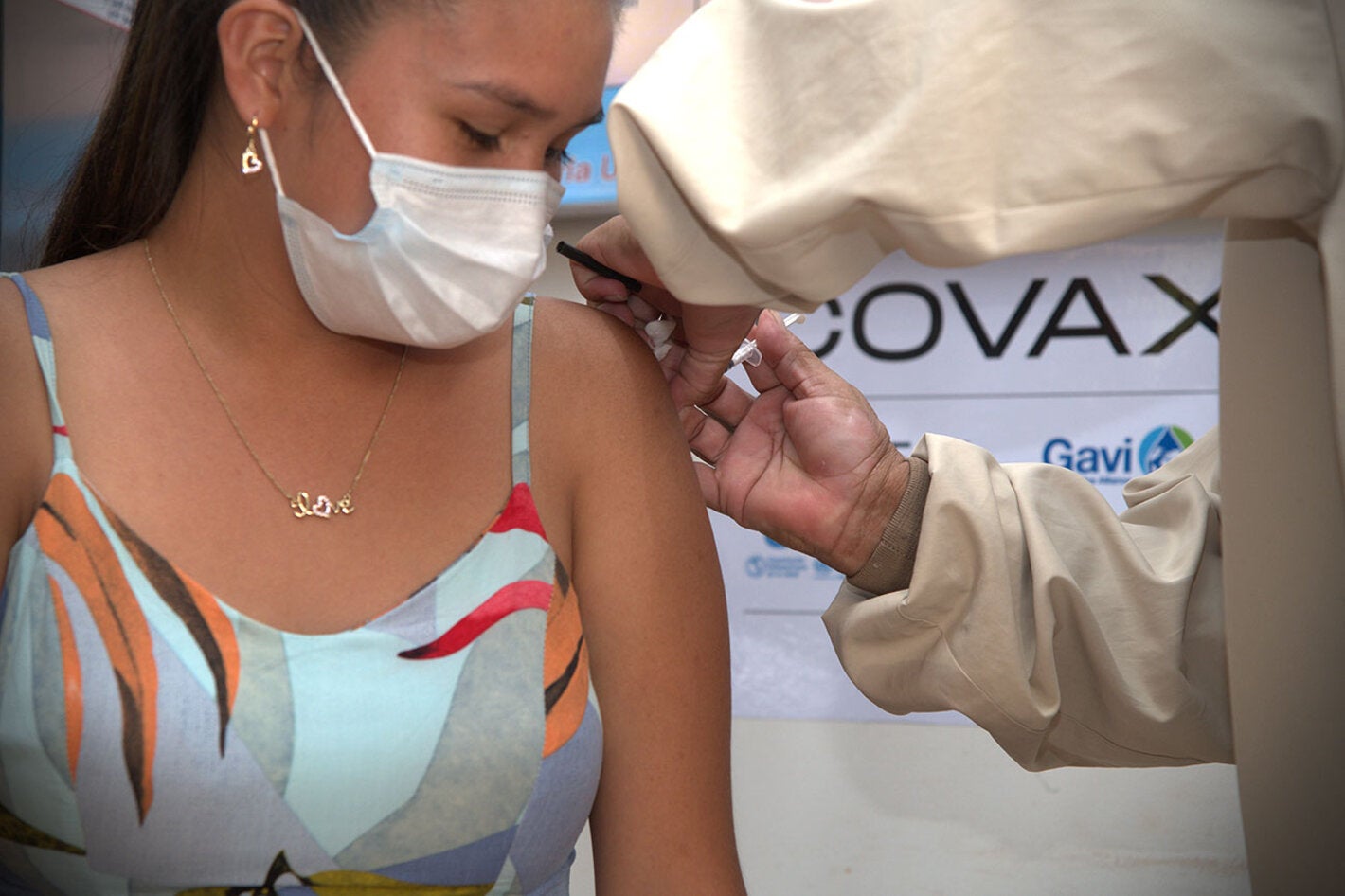 In some countries not even 1% of the population has been vaccinated. In other countries, the figure is only 3%. Director calls for “urgently” ramped up access to vaccines and urges countries to contribute doses or financial resources.

“Today we’re seeing the emergence of two worlds: one quickly returning to normal, and another where recovery remains a distant future,” Dr. Etienne told journalists at her weekly media briefing.

While the United States has fully vaccinated more than 40 percent of its population, she said, the pace is much slower in Latin America and the Caribbean. Some countries – including Ecuador, Peru, and Bolivia – have vaccinated only about 3% of their populations.

In Central America, only 2 million people have been fully vaccinated; in the Caribbean, less than 3 million. In some countries, including Guatemala, Trinidad and Tobago, and Honduras, not even 1% of the population has been vaccinated.

“The inequities in vaccination coverage are undeniable,” Dr. Etienne said. “Unfortunately, vaccine supply is concentrated in a few nations while most of the world waits for doses to trickle out. Although COVID-19 vaccines are new, this story isn’t—inequality has too often dictated who has the right to health.”

She added, “If current trends continue, the health, social and economic disparities in our region will grow even larger, and it will be years before we control this virus in the Americas.”

Dr. Etienne called for “urgently” ramping up access to vaccines in Latin America and the Caribbean and prioritizing countries where “even vulnerable populations have yet to be protected.” She urged vaccine- and resource-rich countries to follow the leads of the United States, which donated an initial 6 million doses, Spain, which contributed 5 million, and Canada, which committed $50 million Canadian dollars to expand vaccine access in Latin America and the Caribbean.

“We hope other countries – particularly those with excess doses – and global financial institutions will follow in their footsteps to provide the support we need to protect the 70% of our population that will not be covered under COVAX,” she said, referring to the global alliance to ensure equal access to COVID-19 vaccines.

In the meantime, Dr. Etienne said, countries in Latin America and the Caribbean should adhere to proven public health measures such as wearing masks, washing hands, and social distancing. She also urged implementation of “strong surveillance systems” supported by regular testing and contact tracing. “This will remain critical to controlling this virus even as vaccine coverage expands and cases drop.”

Turning to her weekly report on the pandemic’s impact, she warned that deteriorating conditions continue in Latin America and the Caribbean. “The trends that we’re seeing are clear: across our region, this year has been worse than the last. In many places, infections are higher now than at any point during this pandemic.”

Dr. Etienne said that in the Caribbean, Trinidad and Tobago reported the largest increase in COVID-19 infections and deaths during the past month. In Haiti, hospitalizations of COVID-19 patients are straining the country’s oxygen supplies. In Costa Rica, infections are declining after weeks of acceleration but other Central American countries, including Panama and Guatemala, are reporting an increase in new cases.

Ecuador, Brazil, and Peru are reporting a decline in cases, but most South American countries, including Argentina, Uruguay, and Chile, are reporting rising infections. Both cases and deaths have increased in Bolivia and Colombia during the past two weeks, and in many Colombian cities, ICU beds are almost at capacity.

Throughout the Americas, including North America, there were almost 1.2 million new COVID-19 cases last week and over 34,000 deaths. Four of the five countries with the highest death counts in the world were in the Americas.

“Despite the doubling—or even tripling—of hospital beds across the region, ICU beds are full, oxygen is running low, and health workers are overwhelmed,” Dr. Etienne said.